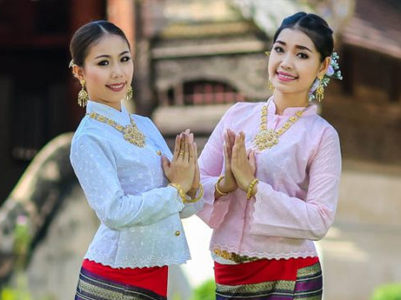 The Wai – Thai’s way of greeting

The wai is the default way of greeting in Thailand. Thai people use it to show respect and to determine social hierarchy. You can perform the wai by clasping the palms in a praying position. After clasping them, you put them somewhere between the head or the chest. The higher the position of the hand, the more reverence you give to a person. So, if you put the Wai close to your chest, it means that the person is either an equal or a mild superior. When people meet, the junior person gives the Wai first and then the senior person follows.

The Thai language has its own specific script. This script has about 44 consonants and 15 vowels. The script is believed to have evolved from early Khmer alphabet, which is what is also used in Laos.

Thai society is quite traditional and has a respect for hierarchy. At the top of this hierarchy is the royal family. As such, the Thai people do not tolerate any form of insult to the king and other members of the Royal family. The people also deeply revere the monarch, as you would see from the pictures of the royal family everywhere. 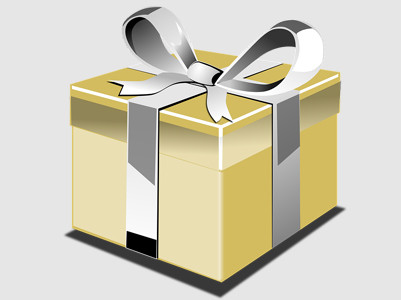 It is Thai custom not to open gifts when they are given. So, when you give a gift, don’t be offended that the receiver doesn’t open it in your presence.

Also, when a Thai gives you a gift, you would do well not to open it in their presence.

Thai society deeply respects hierarchy. The status of two or more people determines their interactions. So, if two people meet, the junior person is expected to give the wai first. Also, those at the top usually make the decisions in Thailand, so you shouldn’t get agitated when decision making takes quite a while.  In Thai society, parents are superior to their children, bosses over their employees, and the king over everyone else.

Thai culture is one that is deeply rooted in the idea of “saving face”. What this means is that people avoid public confrontation as much as possible. It is not acceptable to raise your voice in public or to criticize someone in the open. Thai culture also embeds a deep reverence for elders and superiors. So, if you are in Thailand, don’t get into a heated argument with your friends out in the open. It might be acceptable in your circle, but Thai society generally frowns on it.

In all, to ensure that your stay in Thailand is a smooth-sailing one, make sure you respect their cultural idiosyncrasies; it would be beneficial in the long run.