Life In Thailand Vs Life In The United Kingdom: A Comparative Analysis

There is a unique aspect to life in every part of the globe. What this means is that two different places exude different ways of life. There are even differences between two towns in one country.

The UK and Thailand are not exceptions to this rule of difference in culture. There are some things that you would find in the United Kingdom, but they would be completely absent in Thai life. So, to help you better appreciate your stay in Thailand, I am going to write about the differences and similarities between life in Thailand and life in the UK.

I would first start with the differences. 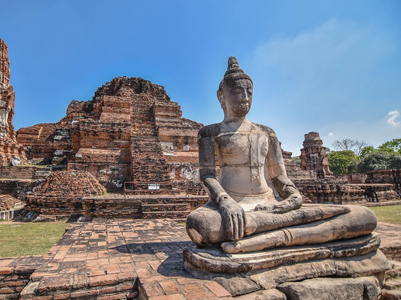 There is a reason why Thailand is called the land of smiles. Thai people are quite friendly, especially to strangers. If you ask for directions from them, they might go out of their way to try helping you. Although they might lie to you about directions, they do it out of the desire to always be of help. On the other hand, people in the UK are not as friendly in the UK. Ask for directions and you might just get a blunt “I don’t know”.

The idea of public display of affection is prevalent in western cultures in general. You can always see love-struck couples kissing or holding hands publicly in the UK. This is quite different from what is seen in Thailand. Kissing someone else in public can even be considered offensive and immoral, especially by older people. This is probably because Thailand is not as liberal as the United Kingdom.

Although Thai people do not publicly display their affections, they seem to be ahead of us in one area of liberalism-their acceptance of transgender people. In Thailand, transgender people are well-recognized and they are a huge influence on Thai culture. They even hold concerts and are allowed to dress feminine.

This is in contrast to the UK where despite our acclaimed liberality, transgender people and the rest of the LGBTQ+ community still feel out of place.

There are also quite a few similarities between life in Thailand and life in the UK. Some obvious ones are:

Thailand and the United Kingdom both have a monarch that is highly-revered.  In fact, in my opinion, the Thai revere their monarch much more than we do ours. Why do I say this? In Thailand, it is a crime to insult the monarch or cast aspersions on the royal family. In Britain, you can make a joke at the queen’s expense without going to jail for it. Regardless, people in both countries love the royal family and this is what unites both worlds.

The issue of traffic is quite prevalent in all urban societies. However, the traffic issues in Thailand and the UK are quite similar. Although it is not a pleasant experience to get stuck in traffic, it is essentially part of the vagaries of the urban lifestyle. 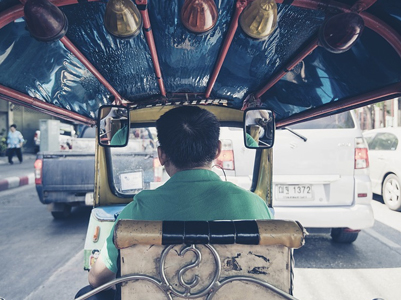 One of thailand’s public transportation

The public transport system in both Thailand and the UK helps to alleviate their traffic problems. One unique similarity is that both countries have special buses that you can easily identify. These buses also have their specific lanes that separate them from the general flow of traffic. An added benefit in Thailand is that these public buses are quite cheap compared to the UK.

Food is a unifying factor in all cultures, and the UK and Thailand are no exception. You can always find different arrays of food from different cultures in both countries. This is even more prevalent in Thailand because of its tourism industry. But the point remains that regardless of which part of the world you are from, you can always find delicacies that would agree with your bowels.