The Culture Norms Followed By The Thai

The beauty of traveling around the world is that you get exposed to all its different cultures. Each culture has its peculiarities that could range from cute to outrageous.

If you are thinking of coming over to Thailand, you should take note of these culture norms followed by Thai people. 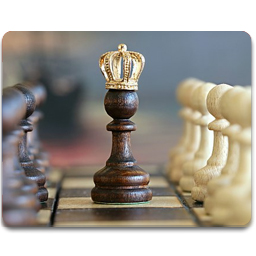 Love and respect the king.

Be Careful With Your Feet

Most Thais are Buddhist and they consider the feet the lowest part of the body. This is because it is closest to ground and gets quite dirty. You should never point at anybody with your feet.

And if you don’t want trouble, don’t point at the king’s picture with your feet.

The head is also considered the most important part of the body in Buddhism. So, Thais consider the head to be sacred. You shouldn’t touch anybody’s head without their permission. You might see parents touch their children’s head, but that is because they are close. I don’t need to tell you that you should never ever point to someone’s head with your feet.

One Thing About Gifts

Gifts are very much appreciated in all cultures. Humans have loved gifts since they learnt to receive things and have possessions. In Thailand, you shouldn’t get offended when you give someone a gift, and he doesn’t open it. It is considered rude in Thai culture to open a gift in the presence of the giver. Don’t worry; your recipient will happily open your gift after you are gone.

If you are trying to find your way around Thailand, you might discover that you are going around in circles. The reason for this is that Thais don’t say “I don’t know”. They essentially don’t like to demonstrate ignorance. So, if you ask for directions and a Thai doesn’t know, he would more likely lie to you than acknowledge his ignorance. So, don’t take it too hard on the natives when they only seem to be helping you get even more lost; it’s part of the culture norms followed by the Thai.

If you want to pass something to someone, give it to them by hand, or you can find another way. Just don’t throw things around. Throwing things at a Thai is considered disrespectful.

Duck When Passing Between Two People

Thailand is a tropical place, which means there is more than enough heat to go around. You might not be halfway through the day before you notice that you have worked up a sweat. This is why Thais shower quite a lot. You should also do that at least twice in a day. Also, take care not to wear the previous day’s clothes. Thais might be uncomfortable with this but won’t complain because of their politeness.

When You Visit  The Temple

A Buddhist temple is a sacred place for Thais and it is a mix of different cultural norms. For instance, you are not allowed to take pictures while in the temple. Most temples have a clear sign disallowing this, but if you don’t see one, you still shouldn’t take pictures.

Also, women are not allowed to go into certain sacred places, nor are they allowed to touch a monk, although they can have a direct conversation.

Most importantly, don’t point your feet at the Buddha or any other religious objects. You can either tuck your feet behind in a kneeling position or sit cross-legged.

There are a lot of other cultural norms, but with this information you’ll be able to get by without offending someone. You are sure to discover much more when you finally arrive.